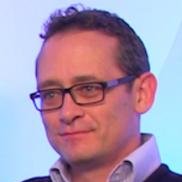 Julien Decot had a prosperous career at Skype. He started with the Strategy Principal position, then he was promoted to the Strategy Director, after he worked as the Director of Business Planning, and finally he became the Business Development Director. Julien Decot continued his career as Chief Revenue Officer of TextMe application that helps people to communicate cheaper and easier.

TextMe is an application that makes it possible to send free text messages to anyone in the contact list for free.TextMe wants to achieve the highest quality and thus rival and surpass classical communication alternatives. In 2012, TextMe was the first application that offered SMS, rich messaging, voice and video calling on both iOS and Android. In 2015, Google Play awarded TextMe with “Top Developer” badge.